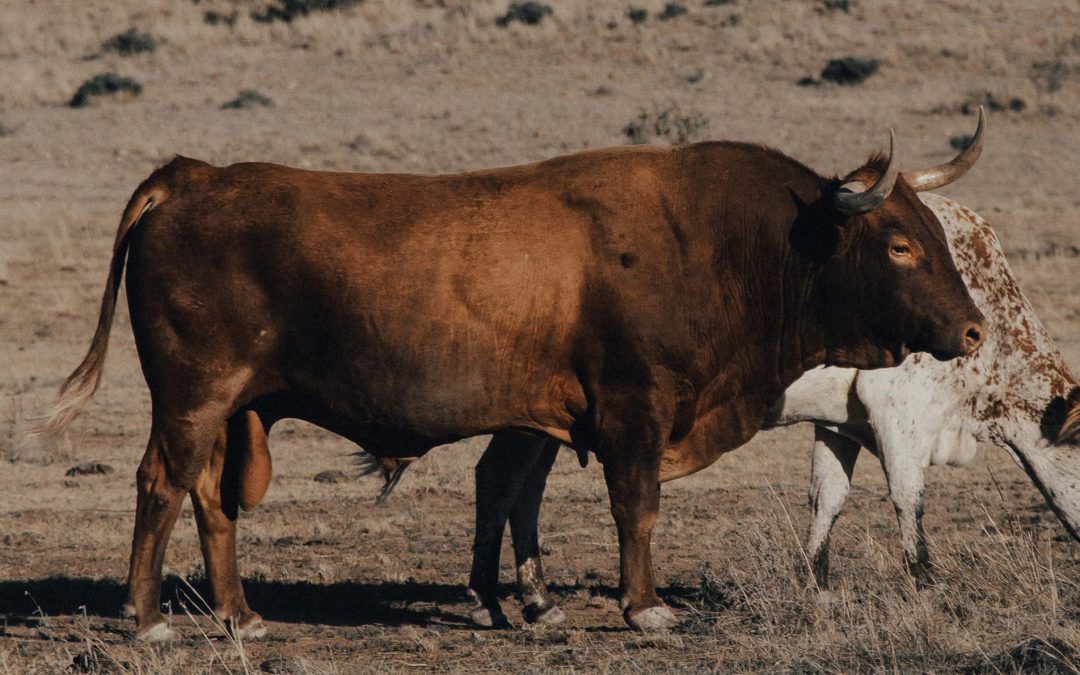 As breeding season approaches for many of our livestock species, the idea of leasing males arises. The idea of importing genetics to improve a herd or flock and maintain hybrid vigor without the purchase and maintenance of a male is very attractive, especially to smaller producers. On the surface, it can seem that leasing males is viable with be little downside to the practice of leasing males, but in fact, some real problems for both the lessor and the lessee may occur.

As a veterinarian, animal health and welfare is always my first concern; however, there are legal implications for these arrangements as well, which I will introduce later. Two breeders can share very similar philosophies about husbandry, nutrition and animal health, but the truth of the matter is, the experience and exposure of their two herds can be vastly different.

The greatest animal health concern with leasing males is biosecurity, or the principle of protecting a group of animals from disease brought in by others. A bull, ram, or buck moving from one herd to another takes with him any disease present in his home herd. Then, when he returns home, he takes back anything new he picked up on his new adventure.

A few things about venereal diseases in livestock that make them easy to overlook. One is that most of them don’t cause any overt disease in the male. So, if you think about a disease like trichomoniasis in cattle or Campylobacter in sheep and goats, the clue that you have the disease is that the females abort their young. You don’t discover the disease based on the male, even though he is the one carrying and spreading it. The second thing is that, once a disease has been in a herd for a while, it reaches steady state in that herd. What this means is that the disease agent is present in the herd but the animals have each developed sufficient immunity that the effects of carrying that agent are not seen; it is considered endemic. It’s there, but it’s not causing obvious problems. If, however, an animal from that herd goes into a herd that is naive to that disease and has no inherent immunity, then you’ve got big problems. So, in both directions, both going to and coming from the home herd, males can pick up disease from an endemic herd and transmit it to a naive herd.

A few years ago, I received a call from a veterinarian colleague of mine who had pregnancy checked cows for a client and nearly 50% were found to be open. Devastating. He asked me what I thought could be going on. I suggested testing for trichomoniasis in the bulls. He was reticent to believe that ‘trich’ could be in this herd and so I told him if he tested the bulls and they all came up negative, I would personally pay for the testing. Do not expect this kind of offer if you call me now! He tested the herd’s seven bulls and five came up positive. They had absolutely no idea they had this horrific disease in the herd until it had decimated their calf crop.

At the very least, if males are to be shared across operations, disease testing should be performed for high consequence diseases for that species. And, they should be tested both coming and going, so this can add up to a fair amount of expense. If the animal is being leased out of state, there will be testing that will be required legally, but there are more diseases of concern than those that are required for interstate movement.

Before entering into a lease agreement, disease testing is an important conversation to have with your veterinarian. His or her priority is the success of your operation and they are in the best situation to know what diseases are of greatest concern on your specific operation. For cattle, these may include trichomoniasis, brucellosis, vibrio (Campylobacter), BVD, Bovine Leukemia Virus (BLV), Johne’s disease and others. In small ruminants like sheep and goats, these may include brucellosis, Campylobacter, Caprine Arthritis Encephalitis Virus (CAEV), Ovine Progressive Pneumonia (OPP), Caseous Lymphadenitis (CL), Johne’s disease, and others. In small ruminants, the introduction of drug-resistant internal parasites can have far-reaching effects for the entire herd or flock.

My next concerns are a bit uncomfortable to talk about but involve the standard by which that animal will be cared for when in another producer’s care. We all want to believe that our animals would receive the finest care when in the possession of another producer. Often that is the case, but sometimes it’s not. Two producers can have very different ideas of what adequate care and husbandry are for an animal and this can result in loss or injury to the animal or, at the very least, hard feelings. The nutritional demands on a bull, buck, or ram during the breeding season are the greatest of any time of the year. Is the leasing producer prepared to and willing to go to the expense of adequately meeting that need? Breeding season is also the time when we see most injuries occur. Penile injuries, lameness, and injuries related to fighting all peak during this time. Is the leasing producer disciplined in his daily evaluation of animals? Is he willing to seek veterinary care in a timely fashion for a lame bull?

Here are true stories about leased males with you. We had a client who had leased a very nice Simmental bull out to another producer. When the owner went to pick up the bull, he brought him straight to us. The bull’s body condition score (BCS) was 2 out of 9 (very thin) and he was a grade 4 out of 5 lame (nearly non weight bearing, significant pain) from a bad sole ulcer that had not been addressed. When I examined the bull, I discovered that he had enlarged lymph nodes, his eyes were a little bugged out and he had a high white blood cell count due to high lymphocytes. I tested the bull and he was positive for Bovine Leukemia Virus. Unfortunately, this bull had suffered in pain due to his untreated sole ulcer for several weeks unnecessarily and likely transmitted the virus through both herds.

More recently, we examined a buck goat who had been leased for breeding to another producer. This buck was unable to stand, had a body temperature of 95 degrees, and was in shock when he came to us. He had been ill and not eating for 4-5 days at the lessee’s farm. It is impossible to say whether or not we could have saved this animal had he been brought to us earlier, but there was certainly nothing we could do after 4-5 days of a severe illness. Bulls, rams, and bucks are often the single most valuable animals on a place and any compromise to their care can be devastating.

As you know, I am a veterinarian and not an attorney, however, I know that leasing and the animal health issues I’ve discussed all mean that there are legal implications of this practice. If you intend to enter into a lease from either side, terms of a written agreement should be sorted out. Because I’m not an expert, I won’t delve into what should go into these types of agreements, but I did recently review an agreement for a bull lease that I found interesting.

First, it stated that a satisfactory breeding soundness exam (BSE) “guarantees fertility.” This is a big red flag. When we work with livestock, we are working in the realm of biology. Biology and guarantees never go together. A BSE means that the bull passed a physical examination and had semen that was satisfactory on the day that he was evaluated. There are no guarantees of his fertility beyond that. It’s doesn’t mean that BSEs are not valuable evaluations of bulls, but it’s important to understand the limitations of what we can say when we are talking about biology. Second, this agreement required that the lessee keep the bull and feed him if he was found to be in poor condition at the end of the agreement. If a guy didn’t adequately feed the bull while he was directly benefitting him by breeding his cows, how can I trust that he will get the bull back in shape? These agreements can be tedious and challenging.

So, let’s say leasing males is a reality of your situation. It’s going to have to be done to meet the production goals of your operation. Here are some suggestions: