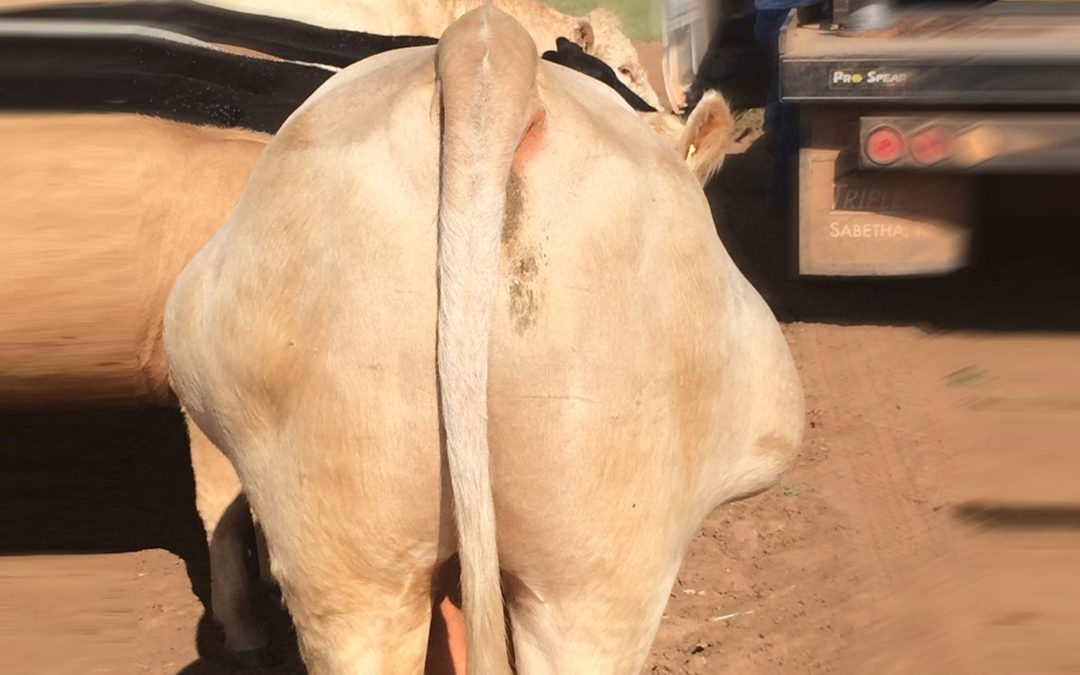 Bovine Leukemia Virus is a viral cause of cancer in adult cattle. For many cattle producers, this disease may be unfamiliar, but there are a few things that the cow-calf producer needs to know about this virus.

1. Bovine Leukemia Virus is classified as an oncogenic retrovirus. Retroviruses are viruses that incorporate themselves into the genetic material of the host, meaning once an animal is infected, they are infected for life. Other retroviruses which you may be more familiar with include human immunodeficiency virus and feline leukemia virus of domestic cats. That the virus is oncogenic means that it has the ability to produce tumors in the host. As a group, retroviruses are very slow-acting, often not causing disease in their host until months to years after initial infection, which most often occurs between 6 months to 3 years of age. In other words, an infected animal can appear normal and be productive for many years prior to illness.

2. Bovine Leukemia Virus is transmitted between animals by blood, as it is carried in blood cells. Needles for injection, dehorning and castration tools, and tattoo pliers have all been implicated in the transmission of the virus. Tabanid flies (horse flies) may also carry the virus between animals as they move from one animal to another. Calves born to infected cows are at moderate risk of being born infected. The virus can also be transmitted in semen, causing major semen companies to test resident sires regularly.

3. Bovine Leukemia Virus causes lymphoma tumors in a small number of infected animals, with studies reporting tumors in less than 5 percent of infected animals (rarely, a 10 percent rate of tumors is reported). Although infection generally occurs between 6 months and 3 years of age, the tumors do not develop until 4 to 8 years of age in most cases. These tumors are most often found in lymph nodes, the abomasum (stomach), heart, uterus, and spinal column of cattle. The accompanying photo is a bull with enlarged lymph nodes in front of his back legs. There are several things that can cause enlarged lymph nodes in cattle and bovine lymphoma is one of them.

4. Cattle can be tested for Bovine Leukemia Virus infection, but the test only indicates infection with the virus, not that the animal has a tumor. What this means practically is that if an animal is ill of an unknown cause and it is tested for Bovine Leukemia Virus, the results have to be interpreted very carefully. If the test comes up negative, then we can be confident that the animal does not have a tumor caused by Bovine Leukemia Virus. If the test comes up positive, we can say that the animal is infected with the virus, but we cannot say that their present illness is being caused by a tumor. Remember, less than 5 percent of animals infected with the virus will have a tumor develop. This becomes particularly important if a herd has an animal develop a tumor – the owner often requests that the entire herd be tested to prevent another loss. In this situation, it is possible that a large percentage of the herd could test positive. Then what to do? Sell off the herd? I would argue that, in most commercial cow-calf herds, rather than performing widespread testing, that herd would be better served to implement prevention strategies (changing needles between animals during processing, disinfection of husbandry tools, fly control, etc.) to limit further spread within the herd. Limiting spread, particularly to replacement heifers, provides a long term strategy for control.
Here’s a real-life example. You own a beef herd of 100 mother cows. Let’s say that we test all of them for Bovine Leukemia Virus and discover that 20 percent are infected. That’s 20 cows. We know from research that 5 percent of those may develop a tumor, which is one cow. In this scenario, the producer must make a decision about what to do with 20 cows because one of them might become ill. Depending on the goals of the herd, it may be useful to know the identities of the 20 cows to manage them differently to prevent transmission or the producer may choose not to test and implement measures to prevent transmission regardless of the status of each individual cow.

5. Bovine Leukemia Virus is cattle-specific. Other livestock and humans are not known to be susceptible to the virus.
Bovine Leukemia Virus infects many cattle each year. While disease from the virus is uncommon, it is a good idea when planning and implementing herd health plans and procedures to consider strategies to prevent transmission of this and other blood-transmitted diseases. It’s also always a good idea to periodically check in with your veterinarian to review your herd health plan and evaluate your herd’s risk for BLV and other diseases as your herd grows and priorities are updated.