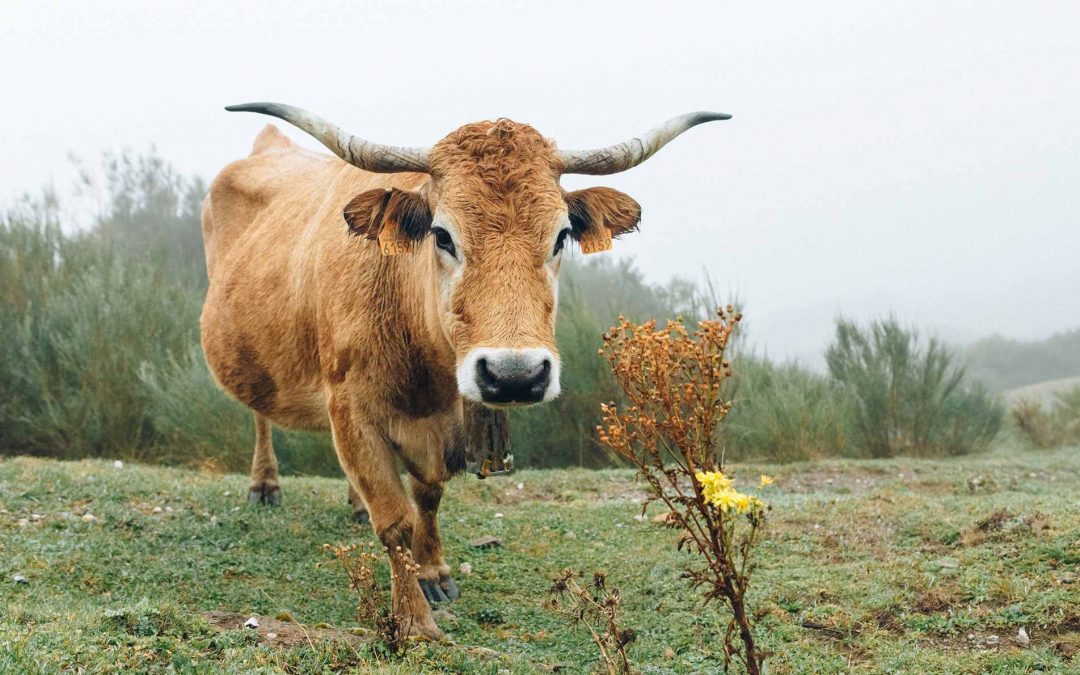 It is that time of year when spring calving beef herds are scheduling their annual pregnancy evaluation.  You may have noticed advertisements in magazines about newer pregnancy test options as alternatives to traditional palpation, namely blood testing.  Here, I’ll review the options available and the pros and cons of each.

This is our old, steady standby.  A skilled palpator can palpate structures associated with a pregnancy down to around 35 to 40 days post-breeding.  When determining the pregnancy status of the animal, the palpator evaluates the amniotic fluid sac around the fetus, the fetus itself, and the cotyledons, which are the fetal connection to the dam’s uterus.  Evaluation of the size of each of these structures provides an estimate of the stage of gestation.

This method has served us well for countless years and provides much more information than “pregnant” or “open.”  Palpation also provides an opportunity to determine if any abnormalities are present in the pregnant or open cow.  This can be particularly valuable in the open cow. Does she have something wrong with her that is causing her to be open?  The results of palpation are immediate and allow for immediate sorting of open cows out of the herd right out of the chute.

Are there any potential negatives for palpation?  In dairy cattle, there have been concerns voiced over time that direct palpation may damage the fetus.  Research performed at Texas A&M compared two large groups of dairy cows that were confirmed pregnant by ultrasound at 29 to 32 days post-breeding.  They were then palpated between 34 and 41 days of pregnancy using the “membrane slip” technique – the technique that people have believed causes problems – or not palpated. There was no difference in fetal viability between cows that were palpated and those not palpated.  Additional studies have supported this finding.

The use of ultrasound in veterinary medicine has been occurring for more than 30 years and has long been increasingly sought by seedstock beef producers because it allows for earlier pregnancy detection and fetal sex determination.  One study at Texas A&M determined that ultrasound was most sensitive at determination of pregnancy at 26 and 29 days for heifers and cows, respectively.  If fetal sexing is to occur, however, it must be performed later in gestation (60 to 90 days).  Commercial producers can benefit from pregnancy checking by ultrasound as well.  Some commercial producers find that earlier pregnancy diagnosis is advantageous as they make culling decisions. Some use fetal sexing in heifers as a way to sort pregnant heifers based on risk of calving difficulty – the idea being that heifers pregnant with bull calves may be more likely to have difficulty with the larger calf size.  In large herds, this allows for increased monitoring of a smaller group of heifers.

As with palpation, problems with the reproductive tract can be detected at the time of examination. Ultrasound also allows for detection of the fetal heartbeat to confirm viability. Ultrasound can be performed at about the same speed as palpation and new “armless” ultrasound units reduce wear-and-tear on the palpator by placing the probe at the end of an extension arm which is inserted and does not require hand manipulation of the probe.  Ultrasound is typically associated with a slightly higher per-head charge over palpation.

Blood testing for pregnancy in cattle is newer than palpation and ultrasound, having only been around for about 10 years.  Recent marketing efforts have brought it to the forefront of discussion in the past two to three years.  Available tests detect Pregnancy-Specific Protein B (PSPB) and pregnancy-associated glycoproteins, present in the blood of pregnant cattle at 28 days post-breeding.  While various studies have shown these tests to be accurate (using ultrasound as the gold standard test), two primary problems have occurred: pregnant cattle called open due to their PBSP level being too low to be detected and open cows being called pregnant because the hormone remains in the blood for an extended period of time after a pregnancy is lost.  Blood testing is certainly competitive with ultrasound when early pregnancy detection is the goal.  Blood testing, however, does have one major disadvantage when compared with palpation or ultrasound: delayed results.   For most cow-calf herds, running the cows through the chute to get the sample and then having to hold them to sort later when the results are obtained is very inconvenient. With palpation or ultrasound, cows can leave the chute and go immediately to pasture or sale. The additional time and labor of sorting cattle after results are received can erase any perceived cost savings over palpation or ultrasound.

With all of these options for pregnancy diagnosis, testing is available to suit the needs and meet the goals of almost any herd.  There are considerations for the use of each and it is important to discuss your herd goals with your veterinarian to determine which test or combination of tests should be used to determine the pregnancy status of your cattle.